“Only a fool learns from his own mistakes. The wise man learns from the mistakes of others” – Otto von Bismarck

“Nobody reads ads. People read what interests them and sometimes it’s an ad.” – Howard Luck Gossage

“By definition, remarkable things get remarked upon.” – Seth Godin

“In advertising, not to be different is virtually suicide.” – William Bernbach

“If you can’t explain it to a six-year-old, you don’t understand it well enough yourself.” – Albert Einstein

“Creativity may well be the last legal unfair competitive advantage we can take to run over the competition.” – Dave Trott

“People spend money when and where they feel good.” – Walt Disney

“The goal of advertising is to be the first one they think of and the one they feel the best about when they need your product or service.” – Roy Williams

Stopping advertising to save money is like stopping your watch to save time.” – Henry Ford

“Doing business without advertising is like winking at a girl in the dark. You know what you are doing but nobody else does.” – Steuart Henderson Britt

“There isn’t any significant difference between the various brands of whiskey or cigarettes or beer. They are all about the same. And so are the cake mixes and the detergents and the margarines…The manufacturer who dedicates his advertising to building the most sharply defined personality for his brand will get the largest share of the market at the highest profit.” – David Ogilvy

“The future of advertising is the Internet.” – Bill Gates

“Much of the messy advertising you see on television today is the product of committees. Committees can criticize advertisements, but they should never be allowed to create them.” – David Ogilvy

“Advertising, music, atmospheres, subliminal messages and films can have an impact on our emotional life, and we cannot control it because we are not even conscious of it.” – Tariq Ramadan

“Ninety-nine percent of advertising doesn’t sell much of anything.” – David Ogilvy

“There is a great deal of advertising that is much better than the product. When that happens, all that the good advertising will do is put you out of business faster.” – Jerry Della Femina

“There are a lot of great technicians in advertising. And unfortunately they talk the best game. They know all the rules…but there’s one little rub. They forget that advertising is persuasion and persuasion is not a science, but an art. Advertising is the art of persuasion.” – William Bernbach

“Nobody has ever built a brand by imitating somebody else’s advertising.” – David Ogilvy

“Lack of money is no obstacle. Lack of an idea is an obstacle.” – Ken Hakuta

Check out our other websites: 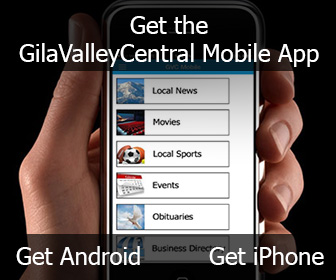